What You Should Know About Fibreplex vs Olaplex

If you style your hair and recently considered bleaching your hair and researching about that, you probably know how tremendously careful you should be with your hair fibres during and after those processes. By processes, aggressive ones like bleaching are being talked about here. So Fibreplex vs Olaplex is probably not completely new to you. Even if you are a novice hairstyler and want to know more about what each does for you before recommending it to your customers, this article is the right place where you can get some help.

According to hairstylers, both Fibreplex and Olaplex are among the best brands you can choose for your haircare, both professionally and personally. But you should focus more on what you are choosing the product for. The debate about Fibreplex vs Olaplex is that they are similar products that are used to protect your hair fibres during the processes like bleaching and colouring. But hairdressers are recommending these products for different purposes also. They are saying that Olaplex is better for use during and after the bleaching and colouring process, and Fibreplex can be used to strengthen your hair which is severely damaged from the constant use of flat irons or curling irons and hair dryers. 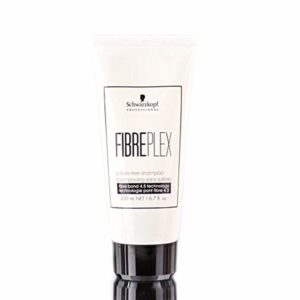 Olaplex does not just protect your hair during the colouring or bleaching process and prevent the bonds of your hair follicles from breaking, but it also finds old bonds which were broken earlier due to some reason or other and tries to stick them back together. Fibreplex can be used as an excellent product that can reconstruct the internal structure of your hair, which is weakened during the processes like bleaching.

This article has tried to help you decide between the Fibreplex vs Olaplex feud.

As mentioned above, Olaplex is used to reconnect your hair bonds with the help of an ingredient named bis-aminopropyl diglycol dimaleate, it also repairs the broken disulphide bonds of your hair, which in turn makes your hair strands more strong. Even Kim Kardashian loves Olaplex because of its amazing results along with so many other professionals. But the only problem with Olaplex is that it can be quite expensive, so it can be out of your price range sometimes. But there are alternatives to Olaplex in the market. That is where the comparison of Bonding Plex vs Olaplex comes into play. 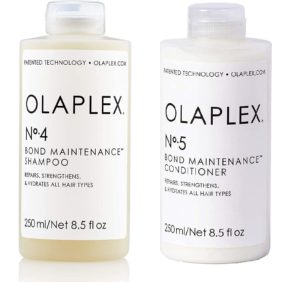 Bonding Plex is a very good product that is used to help restore the damaged fibres of your hair by creating new hair bonds. Thus the name Bonding Plex. It has a collection of shampoo, conditioner and leaves in treatment in its bag. The Bonding Plex shampoo uses natural ingredients like vegetable proteins to even out the hair cuticle, also preventing further damage to them. The conditioner, like some other conditioners for bleached hair, is infused with cystine and it helps with the split ends and also strengthens the hair strands. The Bonding Plex cream also maximises moisture retention to your hair and provides a heat-protective barrier to your hair.

Now that you know about Olaplex and Bonding Plex, you can see both of them are great haircare products that will prove to be useful for your hair while styling. So you can buy any of them without hesitating about the safety of your hair. But if you have the budget, you should go for Olaplex, as it is a legendary product in itself.

Which is better – Olaplex vs Fibreplex?

Olaplex and Fibreplex both are great for your haircare. But hair professionals recommend using Olaplex during and after the process of bleaching and colouring your hair, as it protects your hair cuticles from more damage and repairs old damage. And they say you should go for Fibreplex after the bleaching and colouring. Because it helps your hair to recover from the damages which have been made by different chemicals and heat from hair dryers, curling irons and flat irons. Also, Fibreplex is cheaper than Olaplex, because Olaplex is used by celebrities also.

Is Fibreplex the same as Olaplex?

Fibreplex is not the same as Olaplex. It is easy to make that mistake since the Fibreplex vs Olaplex is popular. Although both are similar hair products that are created to strengthen and protect the hair fibres and bonds from damages from processes like colouring and bleaching, they are not the same. Olaplex is used during and after the processes so that it can protect the hair cuticles from further damage throughout the process and repair the old broken bonds. You can buy Olaplex oil here-

Fibreplex is used for more general damages like that from flat irons or curling irons or dryers but also can be used after bleaching and colouring because it strengthens the weaker hair fibres.