Gel nail polish is usually used in gel nail manicures which give it a unique end touch. These manicures are not only extremely gentle and soft on the nails but also allows the polish to last for at least a few weeks – along with proper shine, minus cracks, chipping and/or peeling.

Does using gel nail polish end up ruining your nails?

Gel polish, in general, doesn’t damage your nails. However, if you try to pick you gel polish, then you will end up 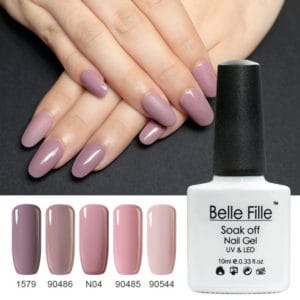 peeling off the natural layer of your nails, which in turn might end up harming them – by leaving them thin, weak and brittle.

Is there any difference between regular nail polish and gel nail polish?

Is there any way of drying gel polish without the use of UV light?

Sadly, that isn’t a possibility because the composition of gel polish is completely different from your regular polish, which is why it requires the UV rays to for that hard layer of coating over your nails.

Gel polish is usually supposed to last for at least a couple of weeks unless you forcefully try to pick at it or try peeling it off. Usually, within the two weeks, you’ll notice that your nails have also grown a little.

A gel polish manicure is slightly expensive, but if you try doing it yourself at home, then it is pretty cost-effective.

Is there any way to make my gel nails last a little longer?

The only way to make your gel nails last longer is by keeping it under the UV lights for a little longer. If your polish is 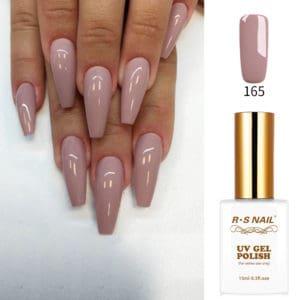 under-cured and you don’t provide it with enough UV light, the polish won’t firm up and that, in turn, will lead it to lose its shine and colour quickly.

How can gel polish be removed?

Removal of gel polish can be a tough task because it forms a hardened layer of chemical resistance on the nails. Thus, simply using a little acetone won’t be enough. You will have to soak the acetone in cotton and then have to leave it on your nail for several minutes so that the layer loosens up a little. Only then can you properly remove it. It’s a tedious process but it’s a better option in comparison to simply picking it off.

Is it safe to do gel manicures?

Although there are studies which suggest that excessive exposure to UV lights might lead to skin cancer, many have dismissed them as well. However, just to be on the safe side, it is suggested that you use UVA protective measures on your skin when taking in UV rays on your nails.

All About Skin Care For Black Women in 2022

2 Game-Changing Ways of How to Sharpen Tweezers

How to Use Beauty Blender – Applications and Styles

How to Use a Curling Iron? – 8 Easy Steps for Beginners