Smartbond Vs Olaplex : Everything to Know

Our hair matters a lot like a feature in our appearance. We all want to have luscious, thick, and smooth hair. But when you color your hair or use heat your hair seems to get damaged and loses its natural strength. So, many people try different hair treatments that seem to work for their hair. Olaplex and Smartbond are some of the many treatments available. But when it comes to Smartbond vs Olaplex, which one should you choose? Well, Olaplex was invented before Smartbond. 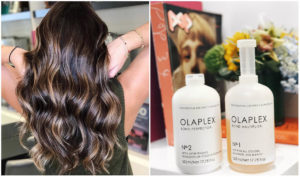 Between Smartbond vs Olaplex, the Olaplex has been in the beauty industry from way before Smartbond. It has earned the trust of many customers. The Olaplex is, made for protecting hair from the chemical damage that is caused to it due to constant coloring or any other reasons. It strengthens your hair and repairs the damaged hair.

Our hair is made of many compounds. One of the main compounds responsible for the strength of your hair is disulfide. There are disulfide bonds that are present in your hair, which gives it’s a strength, but when we use any of the chemical treatments the disulfide bonds tend to break, making hair weak and brittle. The Olaplex helps in repairing these disulfide bonds giving your hair some of its strength back and making it look shinier and healthier.

In Smartbond vs Olaplex, the Olaplex treatment is a three-step treatment. Two of the steps are done at the salon itself, while one step is to be done at home.

The Smartbond is a product by loreal and was launched after Olaplex. Also, the Smartbond vs Olaplex battle has been going on for a long time. The loreal firstly tried to purchase Olaplex, but when it failed to do so it launched its product Smartbond in the industry. Olaplex tried to sue loreal claiming that they stole their idea.

It is because Smartbond also, like the Olaplex is a three-stage treatment. It also helps in repairing the disulfide bonds in the hair. But what made it different from Olaplex is that it is used only with colors of lorel.

It is used in conjunction with hair coloring techniques. The coloring of your hair oxidizes the hair causing breakage, dry hair, or unhealthy hair. Our hair cannot repair itself so, products like Smartbond are necessary after and during hair coloring.

The first of the three steps include adding the Smartbond in the color or lightener as an additive, this acts as a protective layer for bonds during hair coloring. The next step involves using pre-shampooing. It is applied after rinsing out the lightener or color. This step helps to remove the chemical residues that are left due to coloring. The last step involves using it as a conditioner. This step is done at the salon as well as at home. It helps in strengthening the hair fibers and also keeps your hair luscious and healthy.

Keratin is one of the naturally occurring proteins in your hair. So, keratin treatments help to restore the keratin in your hair, protecting it from damage and making it healthy but it cannot be used during coloring in most cases. Smartbond does not only protect your hair after coloring but also during hair color.

Is Smartbond better than Olaplex? 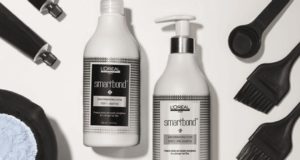 It depends on your hair type and the amount of damage you might want to repair. Although Olaplex was launched before Smartbond the Olaplex company was established in 2014, and loreal has been around since 1909. So, loreal is an old and trusted company by many people.

Also, the Olaplex comes at an affordable price for most people because it is cheaper than Smartbond. The Smartbond on the other hand can be quite expensive. The Olaplex can be used with many coloring products or any of the other colors produced by different companies, and they will work just fine. But Smartbond is used only in coloring treatments with the colors produced by loreal only.

It is because it is a whole coloring package sold by loreal. Also, in saloons owned by loreal, it is advised by professionals that Smartbond should be used only with loreal coloring products, unlike Olaplex. But according to the working and after treatment, the usage is almost similar but Smartbond is mainly used to protect your hair during coloring while Olaplex is mainly used to repair hair damage that might be caused by coloring it.

1.Is there anything better than Olaplex?

Yes, you can try Smartbond it is just like Olaplex if not better.

2.Is Olaplex worth the hype?

Yes, you will notice a visible difference in the texture of your hair after just one use of Olaplex is worth the hype.

Also, You may check out about best 9 Easy Nail Polish Storage Ideas .